WASHINGTON — Five years into Medicare spending cuts that were supposed to devastate private Medicare options for older Americans, Medicare Advantage signups in private insurance plans through Medicare has shot up by more than 50 percent, confounding experts and partisans alike and providing possible lessons for the Affordable Care Act’s insurance exchanges.

When Congress passed President Obama’s signature health law nearly six years ago, it helped offset the cost by cutting payments to Medicare Advantage plans, offered by private insurers operating under contract with the government. Insurers and Republicans said the cuts — about $150 billion over 10 years — would “gut” the program, a major theme in the 2010 and 2012 elections. The Congressional Budget Office predicted that enrollment would fall about 30 percent.

In fact, more than 17 million people are now enrolled in such plans, up from under 11 million in 2010. Nearly one-third of Medicare beneficiaries have chosen private plans, offered by insurers like Humana and UnitedHealth Group, over the traditional fee-for-service Medicare program.

But some of the same insurers avidly seeking Medicare Advantage sign-ups have been apprehensive about enrolling people under 65 in public marketplaces created by the Affordable Care Act. It has taken herculean efforts by the Obama administration and by insurance counselors to sign up 12.7 million people — far below the enrollment of 21 million in 2016 originally projected by the budget office.

The different trajectories of the two programs are explained by many factors, including money, market size and politics. Insurers know the Medicare population, know the rules of the program and have found ways to manage care that improve the health of Medicare patients and the financial health of the companies. They know much less about their new marketplace customers, many of whom were previously uninsured, and Congress, still bitterly divided over the health law, has done little to stabilize it.

“The size of the Medicare market is much larger,” said Ana Gupte, a health care analyst at Leerink Partners in New York. “The growth in the market is larger. Revenue per member is significantly higher, and the profitability is higher. So it’s just better on all dimensions.”

For Medicare patients, the government pays insurers, on average, $10,000 a year per person — a total of more than $170 billion — and insurance executives say that well-run Medicare Advantage plans can often count on profit margins of 4 percent to 5 percent, even with the health law’s spending reductions.

By contrast, securities analysts say, insurers typically receive an average of $3,000 to $5,000 a year in revenue for a person under 65 who signs up through the new marketplaces, and many insurers struggle to make a profit. Many insurers say they lost money on this program in 2014 d 2015, in part because they underestimated how much care their new customers would use.

Some insurers are so worried about losses on their exchange business that they have curtailed the active marketing of such plans. Kenneth J. Statz, an individual insurance specialist based near Cleveland, said major insurers were reducing or eliminating the commissions they paid to agents and brokers for enrolling people in marketplace plans, while continuing to pay for enrollment in Medicare plans.

“Even with all the cutbacks in the Affordable Care Act, there is still a decent opportunity for insurance companies to make a profit in the Medicare Advantage program,” said Richard S. Foster, the former chief actuary of the Medicare program. “The marketplace under the Affordable Care Act will calm down over time but may not ever be as stable and predictable as Medicare Advantage.”

The health care company Aetna said this month that its individual health insurance offerings under the Affordable Care Act “remained unprofitable in 2015.” Aetna’s chief executive, Mark T. Bertolini, said the company had “serious concerns about the sustainability of the public exchanges.”

But the company is bullish on Medicare. It announced last year that it would acquire Humana, another large insurer, pending antitrust review — in part because Humana has more than three million people enrolled in Medicare Advantage plans.

Insurers say they have done everything possible to shield older Americans from the cuts in Medicare Advantage enacted in 2010. Private plans offer financial protection to Medicare beneficiaries, through a yearly limit on out-of-pocket costs, and often provide extra benefits not included in traditional Medicare.

“Seniors are increasingly choosing Medicare Advantage because they recognize the tremendous value of this program in their daily lives,” said Marilyn B. Tavenner, the chief executive of America’s Health Insurance Plans, a trade group, who used to run the federal Medicare program.

Many people under 65 have gained coverage because of the Affordable Care Act. But insurance markets in some states have been full of surprises for consumers and insurers alike, with volatile prices, nonprofit insurance cooperatives collapsing and enrollment in flux.

“In the Affordable Care Act marketplace, there has been an enormous amount of churning — people dropping out, going into other plans — so it’s been very difficult for insurers to predict spending,” said Prof. Dana Goldman, a health economist at the University of Southern California. “By contrast, Medicare Advantage is a very predictable business.”

Medicare beneficiaries tend to stay in the same plan from year to year and generally give their plans high marks.

Insurers and government officials are still trying to figure out the needs of people insured under the Affordable Care Act. In the course of a year, many people leave the rolls. Some fail to pay their share of premiums. Some qualify for Medicaid. Others get jobs that provide health insurance.

Then there are politics. It took many years for Medicare officials and Congress, working together, to refine the formula for paying private health plans for older Americans. From 2000 to 2003, insurers pulled out of many counties, disrupting coverage for hundreds of thousands of Medicare beneficiaries. Enrollment declined and then grew again after Congress increased payment rates. But bipartisan support for Medicare Advantage increased as insurers enlisted beneficiaries to tell Congress why they liked the program.

By contrast, continuing partisan strife over the health law means that insurers are exposed to political risks. Neither party is willing to reopen negotiations on the law’s biggest issues, for fear of the consequences.

Congress did cut back special payments to insurers whose medical costs have exceeded their expectations, and those cuts contributed to the failure of insurance co-ops serving more than half a million people.

“Insurers want to play in this new market, but they are not completely sure what the rules of the game will be,” said Michael E. Chernew, a professor of health care policy at Harvard Medical School.

UnitedHealth, one of the nation’s largest insurers, said last month, “We are off to our strongest growth start for Medicare Advantage in company history.” Yet it lost $475 million on Affordable Care Act plans in 2015 and expected to lose a similar amount this year.

The company has said it will consider withdrawing from Affordable Care Act marketplaces in 2017.

Andrew M. Slavitt, the acting administrator of the federal Centers for Medicare and Medicaid Services, described such losses as “growing pains” suffered as insurers devised new business strategies and learned what products would appeal to consumers.

But he is also promising help. At a recent investor conference in San Francisco, Mr. Slavitt said he would take steps to prevent people from jumping in and out of the Affordable Care Act marketplace — buying insurance when they needed costly care and then dropping it.

“Most insurers will stick with it,” said Thomas A. Scully, who was administrator of the Centers for Medicare and Medicaid Services under President George W. Bush, “because they cannot afford to abandon this market.”

A version of this article appears in print on February 13, 2016, on page A11 of the New York edition with the headline: Medicare Sign-Up Surge Confounds Expectations That Plans Would Falter.

If you are confused about the Arizona Medicare plan options that you have or just would like to review your current plan, simply go to the handy contact me form or call me at 602-390-8573.  I will be glad to meet with you in your home or office, at your convenience. 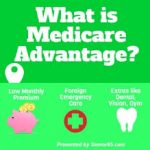